I am a bass player, graphic designer and writer. My career as a musician reached its heights in the mid-2000s during the rise of my first band Bloc Party: nominated for the Mercury Music Prize in 2005 for our first album Silent Alarm, we went on to record and tour across the world throughout the decade. As a bass player, I'm endorsed by Ashdown Engineering and Elite Strings. 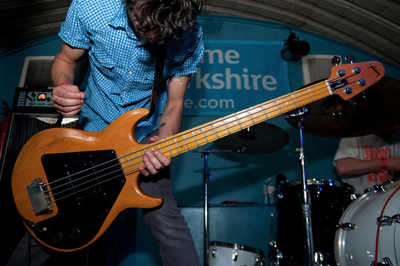 Since then I have had the platform to make music in various guises, design for bands and record labels, and build up a small body of writing on music, culture and politics. For a while, I hosted a podcast called Exploded Drawing, about albums from the 1990s, which I occasionally consider reviving.

I continue to study, create and write on the topics of technology, capitalism and counterculture. I currently live in London.